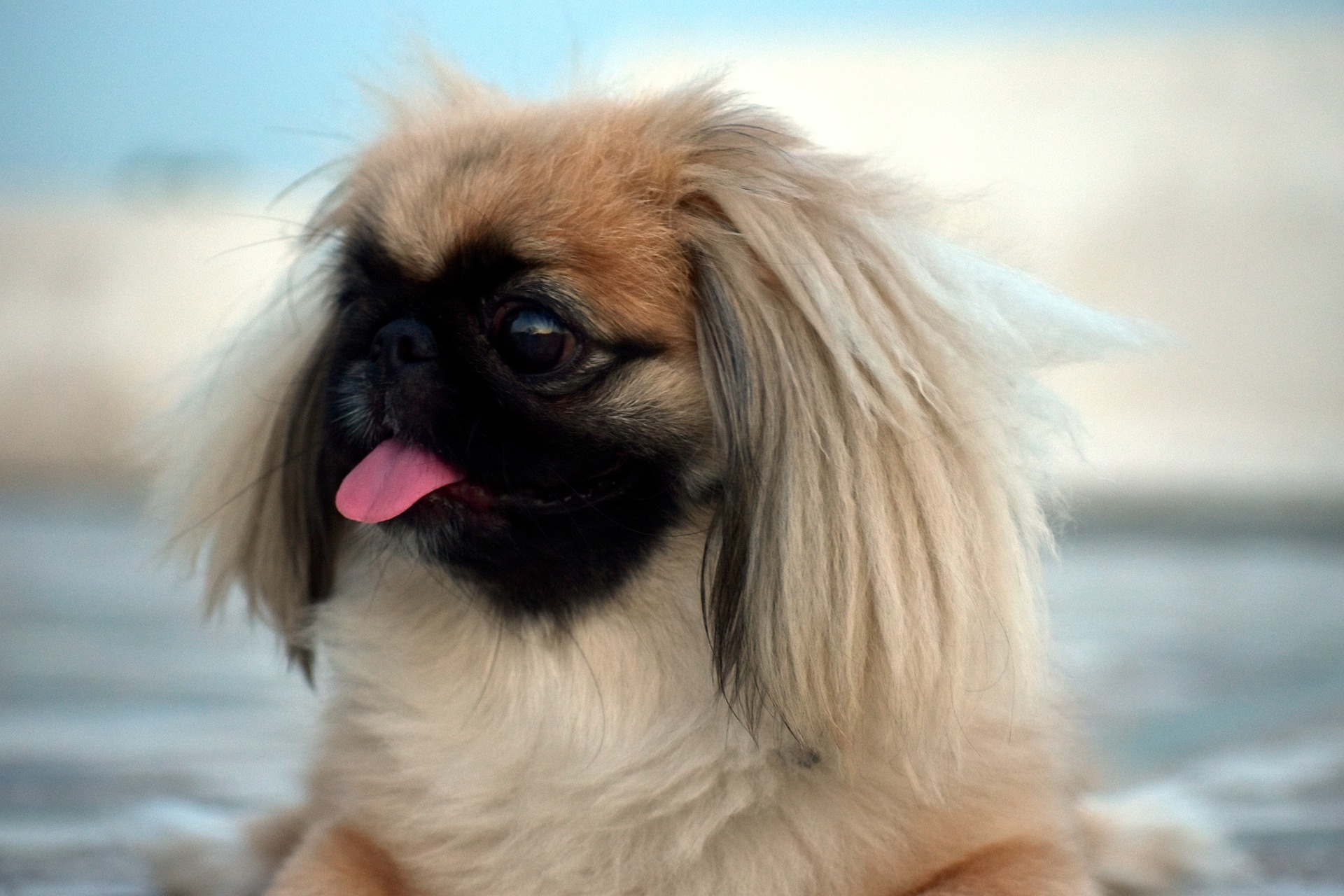 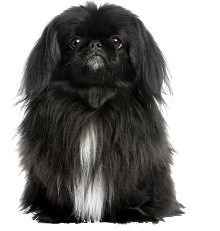 The Pekingese is a self-confident and proud dog with a fearless appearance. He shows himself to strangers in particular often distanced, but builds a close bond to his owner or master. He can be very affectionate, playful and cuddly. At the same time, he also has the peculiarity of accepting pats only when he feels like it. He is sometimes very quick-tempered and stubborn, but at the same time he is a very intelligent dog, who learns fast and much.

The Pekingese prefers a leisurely rhythm in everyday life. Excessive exercise, many people or noise are quickly becoming a burden. When children are around and he feels pressured, he likes to retire to a quieter area. The Pekingese are not prepared to adapt their rhythm to that of their owner, if he likes to move him for long walks or games. Even physically, the often short-tempered Pekingese is not up to a sporting job and instead spends his time with extensive snooping. The Pekingese never gives away his affection indiscriminately, but only if he consciously decides to do so.

Activities with the Pekingese

Since the birth of the breed, the Pekingese has always remained a pure companion dog. While revered in ancient China for its lion-like appearance, it has become a popular show dog. In everyday life, the magnificent coat of the Pekingese requires intensive and time-consuming care. As a family dog, the temperamental and sometimes effervescent Pekingese is only partially suitable, since he is usually more personal and a lot of noise or bustle for him a burden. He shows, however, as an ideal housing dog for single people, who like the Pekingese prefer a more leisurely everyday routine.

As early as 2000 years ago, Pekingese, also known as Peking Palace dogs, were bred in China, where they were worshiped for their lion-like appearance. To own a Pekingese was then an exclusive right of the emperors. The dogs were not only worshiped as the Emperor himself, but also immortalized on elaborate silk paintings and buried with their owners. The Pekingese came to Europe late, because its export was banned for a long time and was under severe punishment. It was not until the middle of the 19th century after the English conquest of Beijing that the first Pekingese arrived in England. Since about 1900, representatives of this breed are also found in Germany. To this day, the Pekingese is bred in Europe, mainly in England.

The Pekingese has a lion-like body, which tapers backwards, similar to the cat. The straight hair is moderately long and forms a mane that lays around the neck but does not extend beyond the shoulders. The coarse upper hair is interspersed by a dense undercoat, the coat should not be so long that it hinders the dog's movement or obscures the body shape. The Pekingese is bred in all colors except liver color and albino, in all color variations is a dark mask, so a black pigmentation of the nose, lips and eyelids from.

The Pekingese has a large, relatively wide head with a pronounced stop. The head is large between the ears and eyes, the catch wide and relatively short with a strong nose sponge. A possible crease between cheeks and bridge of the nose is allowed, but should never interfere with breathing or vision. The Pekingese have round, dark shiny eyes, which are slightly bulging, but should not be too big. The ears appear heart-shaped and sit at the level of the skullcap. They are covered with hair and are close to the head. The neck is short and thick and turns into a likewise short body.

The lion dog has a flat back line and a pronounced waist. The breast is wide and well arched. It hangs deep between the forelegs. The tail is set high and feathered with long hair, typical of the breed, it is slightly bent to the side, carried over the back. The Pekingese has short thick forelegs with sloping shoulders. The forearms may be slightly bent in the rib area. The hind legs are strong and muscular, but slightly lighter than the forelegs. The knees are well developed, the hocks strong and deep.