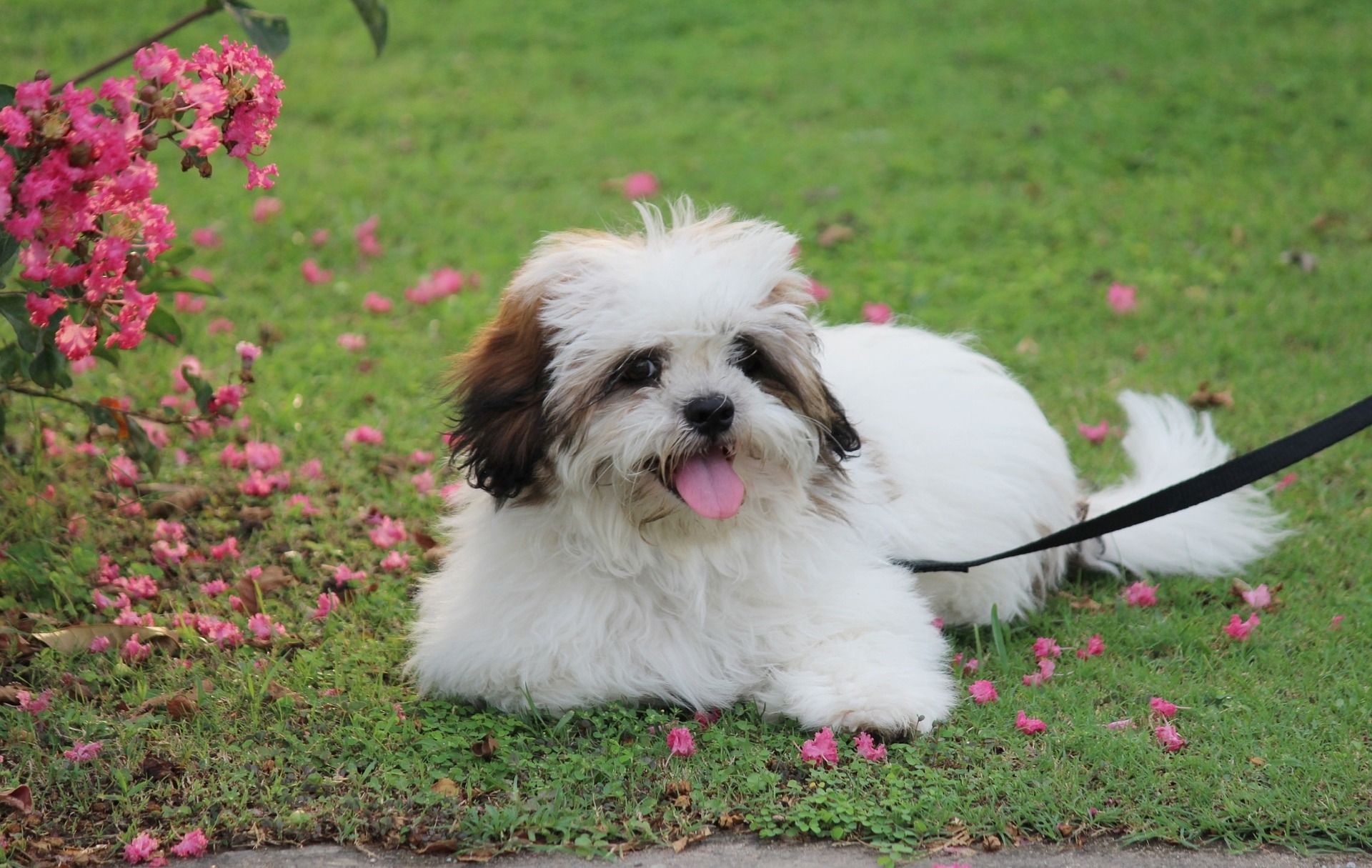 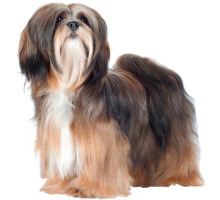 The Lhasa Apso is an intelligent and versatile dog. In his country of origin, he is often compared to lions and many owners describe an independent and self-confident nature. He is reluctant to strangers and despite his height an incorruptible guardian. However, there are also strong character differences within the breed - many Lhasa Apso are very active, while others are hard to get excited about sports or other activities. Once they have confidence in a human being, they show themselves to be affectionate and sensitive.

Lhasa Apso originated in Tibet - according to historical accounts, it was bred here in monasteries and rich mans houses. The Tibetans call this breed "Seng Khye", which means "barking lion-dog". The race was brought to England in 1928 by a British colonel and his wife. In 1934, the Lhasa Apso was officially recognized by the British Kennel Club. A famous breeding line in the US leads back to dogs, which brought the 13th Dalai Lama as a gift - they establish the so-called Hamilton line. The Lhasa Apso in Germany came mainly from imports from England, but some animals were also imported from a breeding line from Darjeeling.

Racial characteristics of the Lhasa Apso

The appearance of the adult Lhasa Apso is dominated by his lion-like coat, which is dense, heavy and above all long. Together with the undercoat, this creates a coat that is designed to protect the small body of the dog in the harsh climatic conditions of its region of origin at altitudes of 4,500 meters and more against storm, precipitation and cold. The straight hair in yellow shades that range from gold to honey to sand, in white, slate to smoke gray, brown or black can reach down to the ground and obscure the anatomy of the dog. Thus, neither the strong neck nor the muscle packages on the hind legs, the straight forelegs or the well-formed loins are visible.

It is noticeable, however, that the body length of Lhasa Apso exceeds its height at the withers. According to the FCI standard, the latter is ideally 25.5 centimeters for the male and may even be slightly lower in bitches. Here, there are some leeway up and down, which is why the weight, depending on size and gender, may be between five and eight kilograms.

The head with its drooping ears is also plump and long-haired. In combination with the high set, short tail, which is worn upright and often bent over slightly above, makes the Lhasa Apso a noble impression.

The Lhasa Apso is a basically friendly dog, but is suspicious of strangers. Once he has taken confidence, his playful and affectionate character shows. He still has a certain independence and still appears very self-confident.

He is able to assess the mood of his owner and to adapt to it. In addition, he is with appropriate socialization and education fond of children, however, here also shows at times his more distant side. Depending on your individual character, the Lhasa Apso can be a very good family dog, but there are also specimens that prefer a quieter environment. His condition should not be underestimated. He can easily take part in long walks and even trekking tours in the mountains, despite his small size. Some Lhasa Apso also enjoy accompanying their owners in jogging or other sports. In the house also shows his already appreciated in ancient Tibet vigilance. He will report here at any suspicion, but does not tend to bark incessantly.

Since the Lhasa Apso is basically a more affable and adaptable dog, it may also be suitable for beginners. It can be perfectly kept in the apartment, but needs like every dog and owner a lot of fresh air and exercise. Due to its versatile properties, it is well suited as a companion dog. Due to its small body size, it can easily accompany its holder everywhere.

His emphatic nature also allows him to be used as a therapy dog. In autism therapy as well as in visits to retirement homes, many Lhasa Apso have been able to prove their talents.