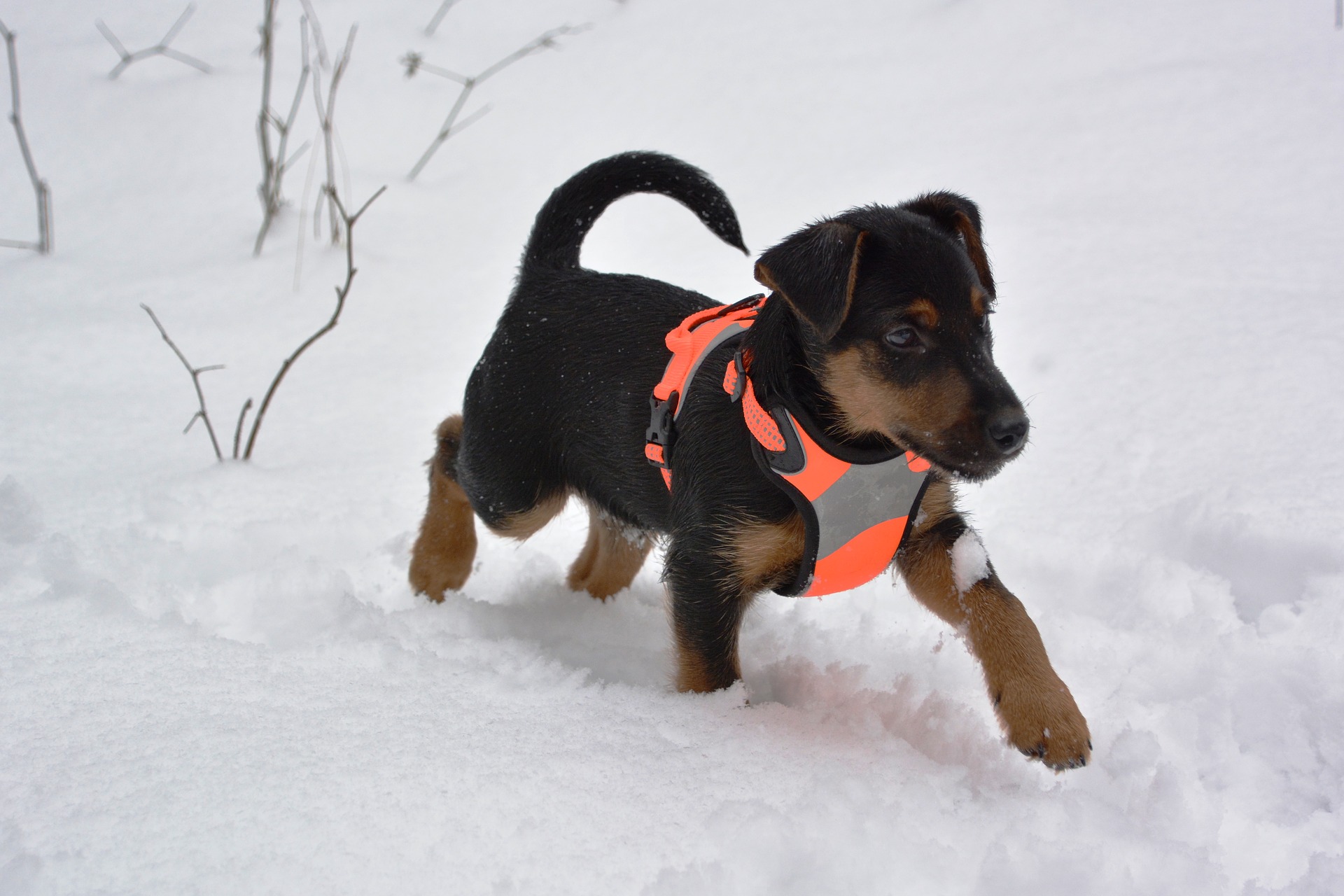 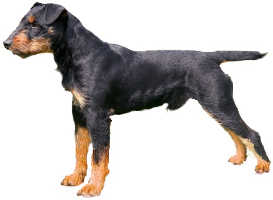 As a true hunting dog, the German Jagdterrier is endowed with a strong character, who sometimes stubbornly goes his own way. Nevertheless, he remains reliable and obedient with proper, consistent education. However, this only applies to his caregiver, who applies all his attention. He is reluctant to accept instructions from others and may even react suspiciously in contact with strangers.

Despite this distance behavior, the German Jagdterrier is considered accessible and does not tend to shy away. These not always easy qualities are opposed to courage, determination, perseverance and zeal for work. In action, he shows himself vital, energetic and spirited. In training, the intelligent dog is docile and well educable. According to his breed selection, the German Jagdterrier is not afraid of water. In addition to his strong hunting instinct, so swimming is one of his passions.

Activities with the German Hunting Terrier

As a family dog, the German Hunting Terrier is in most cases not suitable. Here he will be found in reality also rarely since the breeders of the German Jagdterrier club are instructed to pass puppies only to hunters or foresters. Thus, the German Hunting Terrier is exclusively a hunting dog. He specializes in penetrating into the fox or badger's den where he places the predators. It is also ideal for retrieving shot game such as ducks or rabbits on land or from the water. In addition, his good nose empowers him to track down the game and to search.

In the early years of the Weimar Republic, some breeders in Germany decided to create a terrier superior to the English Fox Terrier in every category. Basis for the breeding was the latter as well as some Old English roughhaired Urterrier and Welsh Terrier. Special attention was paid to performance characteristics such as courage, good tracking and water resistance when selecting the breeding animals. The German Jagdterrier Club e. V. was founded in 1926. However, the race itself was not recognized until 1968 by the FCI, the International Cynological Society with breeding guidelines competence.

In keeping with its purpose as a working dog, the overall appearance of the German Jagdterrier makes a very robust impression. The dog is compact and well proportioned according to its task. The tight, wrinkle-free skin is covered by a dense, close hair, from under hair and resistant smooth or rough hair. In terms of color, the variations are black, black-gray or dark brown. The coat is mottled in the chest, legs and at the anus area as well as on the eyebrows and on the catch with red yellow badges. According to the standard, males and females reach a withers height of 33 to 40 cm. However, females are slightly lighter at 7.5 to 8.5 kg than the 9 to 10 kilogram male.

The tail was previously cropped about one-third, which is allowed in Germany today only for hunting use and under certain conditions. She is slightly raised and does not show the straight, strong back. The area of the loin and the croup behind it is strongly muscled. The abdominal line is raised and the thorax more elongated than wide. The forelegs with

strong shoulder and long upper arm lead to straight runs and unusually wide front paws in relation to the hind paws. Striking is the strong bone structure. The very long, broad thigh forms a unit with the low attached ankle.

The characterful head with its reddish yellow markings shows an attentive expression. The skull, which is rather broad at the back, tapers significantly forward, but ends in a compact snout and nose. Nose back and forehead almost form a line. So there is hardly a stop. The scissor bite takes place in a strongly trained pine tree and counts dog-typical 42 teeth, which are large in comparison to the size of the German Jagdterrier.

Although they look larger through the badges, the black-brown, oval eyes are small. They are inserted slightly inwards, protecting them from injury during hunting. The earloom is upright and the lobes bend shortly afterwards forward, making them easily. They form the shape of a "V" and fit harmoniously in size to the proportions of the German Jagdterrier.