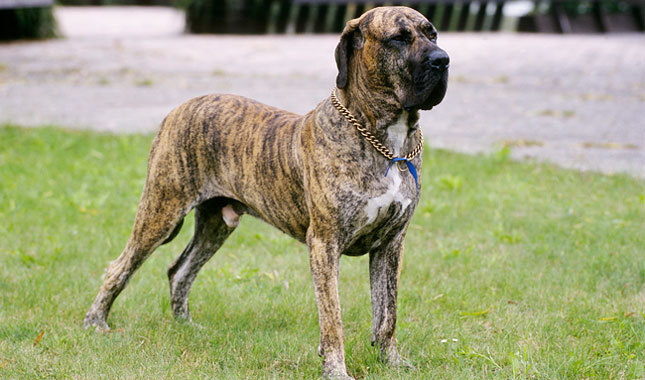 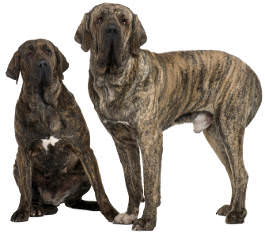 The Fila Brasileiro is considered a Brazilian national dog and is characterized by endurance, strength and grace. He is considered extremely brave and is thus ideal for guarding buildings, cattle herds or goods. He shows obedience and loyalty to his family. In dealing with the children, he usually proves sufficient tolerance, but should never be left unattended. He is generally more likely to encounter strangers with a natural mistrust, but always appears self-assured. Given adequate socialization, this race proves to be self-reliant, reliable and always loyal to its owners.

It is believed that the Fila Brasileiro is a cross between old European Great Danes, Bloodhound, Bulldog and Mastiff. His ancestors once came to South America with Spanish and Portuguese ships, where they were used as watchdogs, cuddlers and crab dogs. However, systematic breeding of this ancient breed did not begin until 1947. Shortly thereafter, a German Duke, Albrecht of Bavaria, finally brought the first Fila Brasileiro to Germany, where he quickly developed into a popular hunting dog in aristocratic circles. In the following decades he gradually spread throughout Europe.

An adult male has a stick size of 65 to 75 cm and a minimum weight of 50 kg according to the FCI standard. Bitches should be between 60 and 70 cm tall and weigh only about 40 kg.

The coat color of the Fila Brasileiro is according to standard monochrome, also brindle and striped variants are admitted on a monochrome ground. Black mask and white badges on paws, chest and tail tip may also be present. The hair itself is close to the body and are smooth, dense and short.

The general appearance of the Fila Brasileiro with the powerful bones and a rectangular structure proves its affiliation with the Molossians. Despite his weight, he has a pronounced sportiness. The upper line drops first to the withers slightly, then back up to the back of the croup. So it surpasses the withers easily. From the broad and long croup spring then the moderately scheduled, strong rod with a pronounced approach. This rejuvenates relatively soon and eventually reaches to the ankle joint. With attention and excitement she is carried high, with a strongly accentuated bend at the top. However, it must never be rolled up or even fall on the back.

The forelegs are powerful and parallel to each other. The strong paws have well arched toes, but are not too tightly closed. The hindquarters are strongly muscled like the forequarters, but have a comparatively lighter built skeleton. The hind paws have a more oval shape than the front, but otherwise have comparable features. An after-or so-called wolf claw should not be present.

The Fila Brasileiro has great strength, endurance and agility. His loyalty has become proverbial in his native Brazil. Grace and pride are further features that establish its status as a national dog. He is also a reliable watchdog who still has a natural distrust of strangers.

Within the family, he always shows his loving and sensitive side. He is always looking for the proximity of his owner and his family, where he is extremely cuddly and adaptable. A kennel attitude is therefore hardly in question. He is also extremely tolerant and patient with children. However, like all dogs, he should never be left alone with them. It should also be considered that the Fila, because of his descent, has an enormous need for movement and therefore requires sufficient mental and physical capacity utilization.