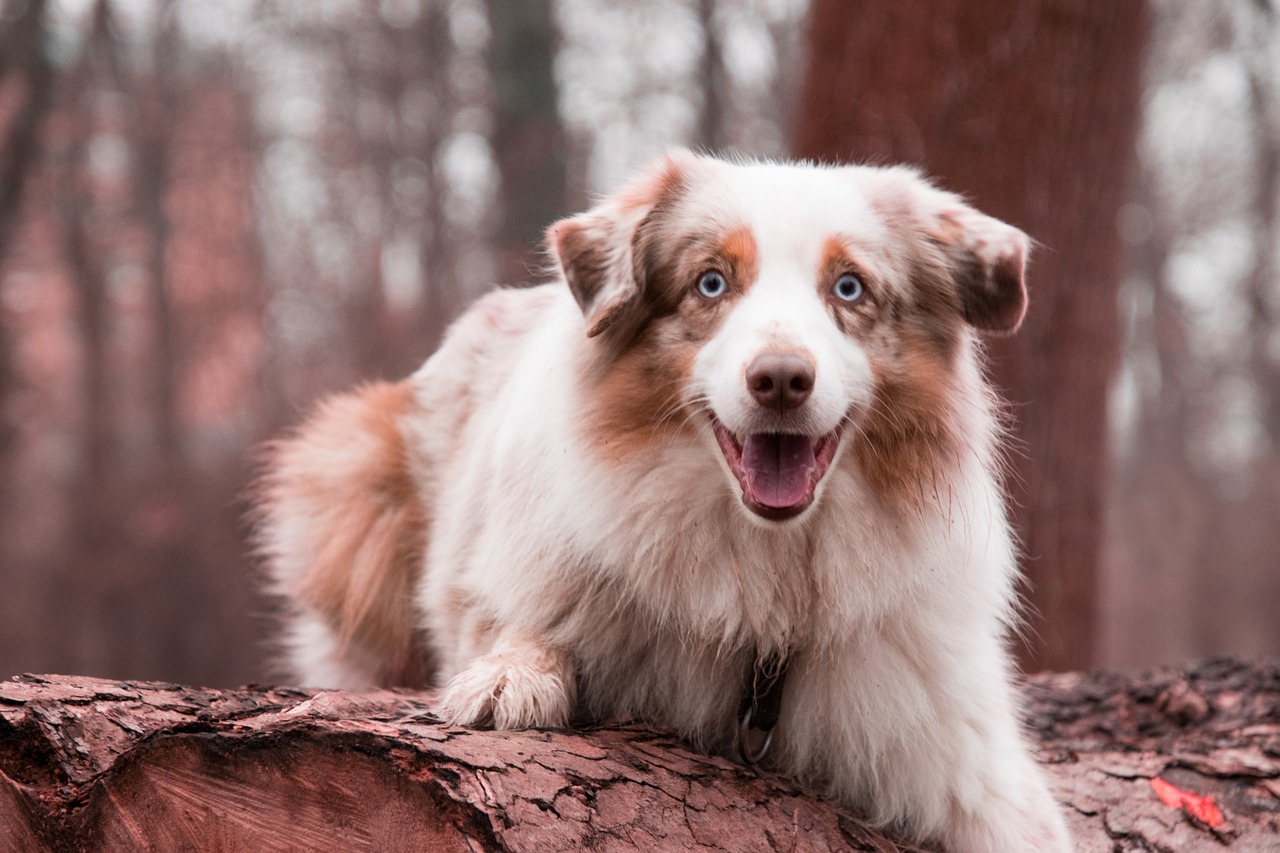 The Australian Shepherd is a very lively dog. He is strong and persistent and is characterized by an extraordinary agility. Due to its dense undercoat, moisture or cold can not harm it. He is extremely attentive, intelligent and has a strong hat and protective instinct. The Australian Shepherd is proverbially a workhorse and with it an authoritarian behavior, whereby under normal circumstances he shows neither humans nor animals against aggression. He responds to irritations with cautious restraint. He is extremely playful and playful, so that you can educate him well with a consistent and empathetic hand. As soon as there is something to do, he is ready with passion and enthusiasm.

In addition, he is well socialized a loyal companion and an ideal playmate for children. He is a vigilant companion who appears reserved to strangers, but ready to defend himself in danger and barking in this situation as well. His strengths include teamwork, which is why he does not like to be alone. The Australian Shepherd is a dog for families with children and well suited for people who are just as active and active as they are athletic. It is important, the intelligence and the play instinct of this dog through long walks and hikes in varied nature or by the dog sport to promote.

Activities with the Australian Shepherd

An Australian Shepherd not only likes to keep sheep or ducks and cattle, but also accompanies horses on horseback rides. Therefore, he enjoys great popularity in the western riding scene. Due to its high intelligence, quick comprehension and learning ability, it is suitable as a companion dog for the blind and the deaf. He can also train as a rescue, track or drug dog. He is also an avid athlete, which is why he is in the forefront of all aspects of dog sport.

There are many theories surrounding the origin of the Australian Shepherd. Despite its naming, this breed has developed exclusively in North America. It was probably Basque shepherds who brought this dog along with their resistant merino sheep from Australia in the early 19th century. It is likely that the existence of these dogs is due to a lucky coincidence. Because the Australian Shepherd possibly goes back to the pairing of Australian wild dogs, also called dingoes, with the already known Collie back. In the following years, other breeds of dogs were crossed, including Dalmatians, Bull Terriers and Kelpies. The result was a breed of dog that has been called the Australian Shepherd since 1872 in the United States.

The weight of an Australian Shepherd is between 19 and 28 kilograms, depending on gender, according to the official breed standard, with the height of a male measuring between 51 and 58.5 centimeters, while a bitch has a height between 46 and 54 centimeters. The hair is short and smooth on the head, which applies equally to the ears, the front of the two forelegs and the region below the hocks. While the pants and the back of the forelegs are moderately feathered.

An Australian Shepherd has two primary colors, namely black (black) and red (red). Recognized colors are Bluemerle with the basic color black as well as typical lightening and redmerle with red as the base color. In all variants, ther

e are dogs with and without white markings and with and without copper-colored badges, where no color may dominate over the other. Also for the hairline of the white collar strict breeding regulations apply, they must not go beyond the withers. The color white is also allowed next to the neck on the blaze on the head, on the chest, on the underside of the catch and the body. There it may expand up to a length of ten centimeters.

The look of an Australian Shepherd is clear, the eyes are almond-shaped, the eye color is blue or brown, but may also turn out bicoloured. If an Australian Shepherd has Bluemerle or Redmerle, one blue and one brown eye are possible. Also in the ears there are different variants. The spectrum ranges from slightly drooping ears to standing tilt ears, which can sit at different heights on the side of the head. A clear feature is the triangular and slightly rounded tips.