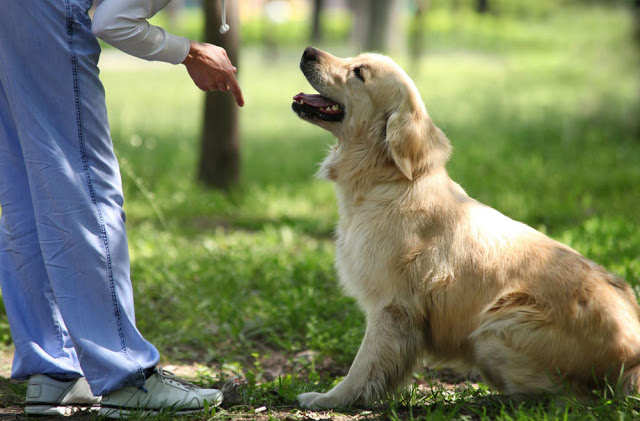 The contributions that dogs made during the war in Afghanistan are being recognised with the dedication of a new monument at the Australian War Memorial in Canberra on October 8.

For an Australian soldier about to start out on a morning patrol in Afghanistan, there were few more welcome sights than a bomb-sniffing dog.

A dog would lighten the mood and was a reminder of home and family. But most importantly soldiers knew that with a dog leading a patrol, they stood a better chance of survival.

While most people know about the 41 Diggers who died in Afghanistan, few know that six Australian explosive detection dogs were killed or went missing there. For soldiers in Afghanistan, losing a dog was felt almost as deeply as the loss of a fellow Digger. 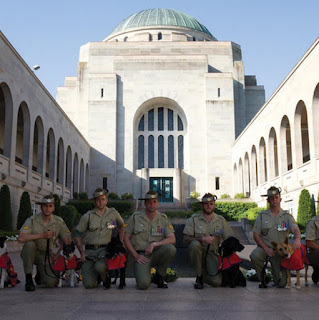 The memorial carries the names of dogs Merlin, Razz, Andy, Nova, Lucky and Herbie. It has only one human name — Sapper Darren Smith who died with his dog Herbie in an insurgent bomb blast in Oruzgan province in 2010.

The bond between Sapper Smith and Herbie was well known. When Herbie was sick, he spent three nights sleeping alongside his partner at the vet.

When they died together, it seemed only fitting they should be buried together. Sapper Smith’s father will be at the unveiling today.

Australian War Memorial director Brendan Nelson said dogs had been used in conflicts from World War I to Vietnam, but it was only in the Afghan war that they were integrated into soldiers’ units. 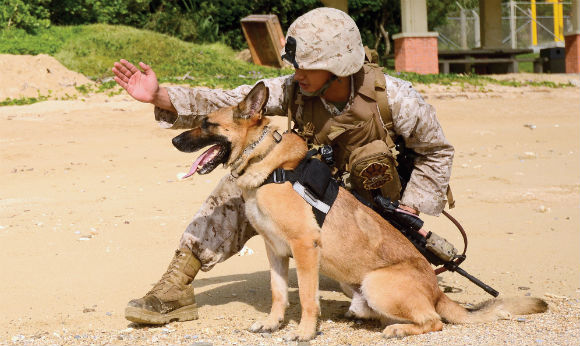 Dr Nelson said that without bomb-sniffing dogs there might have been as many as 60 Australians killed in the Afghan war.

The bronze statue portrays a dog face-to-face with his handler, who is removing the animal’s kit after a patrol.The display also incorporates a dog training tunnel through which children will be able to crawl and play.