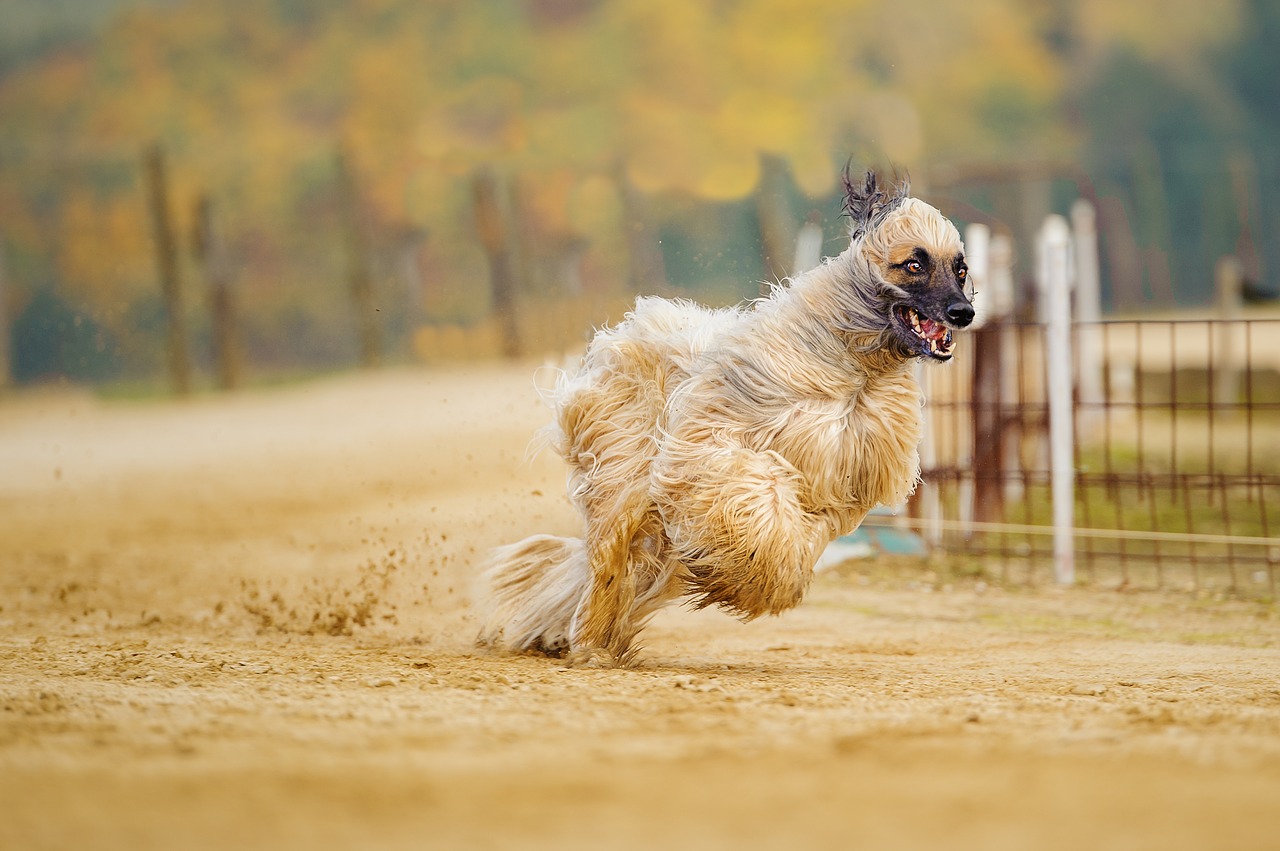 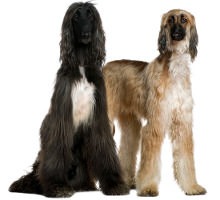 The Afghan Hound is a proud, courageous and sensitive dog who has maintained a high level of independence. These qualities make his education sometimes more difficult, but not impossible. He is characterized by an absolute inner peace, but is still a passionate hunting dog. This should also be taken into consideration when taking walks in areas rich in wildlife.

In his homeland, the Afghan Greyhound was used as a single hunter, who autonomously picked up the game and hunted. This independence is still evident today and can sometimes put the owner in front of problems in education. Especially on walks in areas rich in wildlife, it is possible that the Afghani Greyhound can not be decoupled, but a towline is a good alternative here to allow him more freedom of movement.

Within the home and garden, he usually shows a greyhound-typical behavior: he is calm, gentle and unobtrusive. With appropriate socialization and education, it is also good for families with children, if they know the peculiarities of the breed and can handle it. Although he is extremely vigilant, he has no protective drive and also does not tend to yap.

The Afghan Hound is a very old breed from the highlands of the Hindu Kush. His ancestors were already 4000 BC. Bred by Afghan nomads. In their homeland, this breed was highly valued and regarded as a kind of treasure, which is mainly based on the fact that the Afghan hounds as hunting dogs, the survival of nomads in the sparse mountain landscapes secured. The first copies were smuggled by British soldiers to Europe, where the type of Bergafghanen 1925 was recognized as an official race. From this point on, a development from a pure hunting dog to an exhibition animal emerged, which was also reflected in the changes to the standard.

According to these standards, the ideal height at withers of a mature male is 68 to 74 cm and that of a bitch is 63 to 69 cm. An ideal weight is not specified by the standard, but this is usually 15 to 34 kg.

The Afghan Hound's coat is mostly long and of a very fine texture. In the area of the saddle, on the other hand, it is short and dense. At the head it is long from the forehead and falls back, where it forms a striking silky hair - the so-called "top-knot". The entire coat must be naturally developed and must not be shorn or cut in any way. A special color is not specified by the standard.

The overall appearance of the Afghan Windhound should bear strength and dignity to the outside, while his entire physique is also designed for performance. The back line is of moderate length and straight. It falls slightly to the tail approach and is well muscled. The loin is very short, wide and also straight. In the area of the croup, the hip bone bumps, which are far apart from each other, should be clearly visible, but the dog should not be too lean anyway. The tail is set low and not too short. At the end, she should just be curled and carried high in the movement.

The forehand is off the shoulder from long and oblique. The shoulders are well muscled, but should not look overcharged in any way. The elbow is seen from the side just below the withers and is close to the chest. The front paws are strongly formed and very long in length and width. They are covered with thick, long hair and the toes have a good curvature.

According to this standard, the height of the withers of a full-grown dog should be 58 to 61 cm, that of a bitch 56 to 59 cm. Male animals with 23-29 kg body weight show a much more massive appearance than female animals with 18-20 kg.

The weatherproof coat of the Airedale Terrier is dense, hard and wiry with a lush, slightly shorter, softer undercoat. With regular trimming (about every 3 - 4 months) he hardly loses hair. The basic color of the Airedale Terrier is tan - only the saddle (back and flanks), the neck and the top of the tail are black. On the ears, neck and temples there is occasionally a darker Loh.

The muscular, compact appearance of this breed suggests at first glance on the endurance and desire to move. The Airedale Terrier shows well-proportioned with a short, straight and strong back. If the tail was cropped earlier, today

it remains natural, is set high, strong and will be worn happily upwards, but it should not curl over the back.

The head of the Airedale Terrier is well proportioned and shows no significant difference between the length of the foresail and that of the skull. The upper skull is long and not too wide between the ears. The lips are snug, he shows a strong catch with a powerful jaw. The neck is muscular, has a moderate length and strength. He gradually walks into the shoulders and has no throat. His small, dark eyes, along with the play of the V-shaped ears, underline his attentive character.

One finds in this breed a very robust, for the size quite durable companion with an average life expectancy of 10 - 12 years.