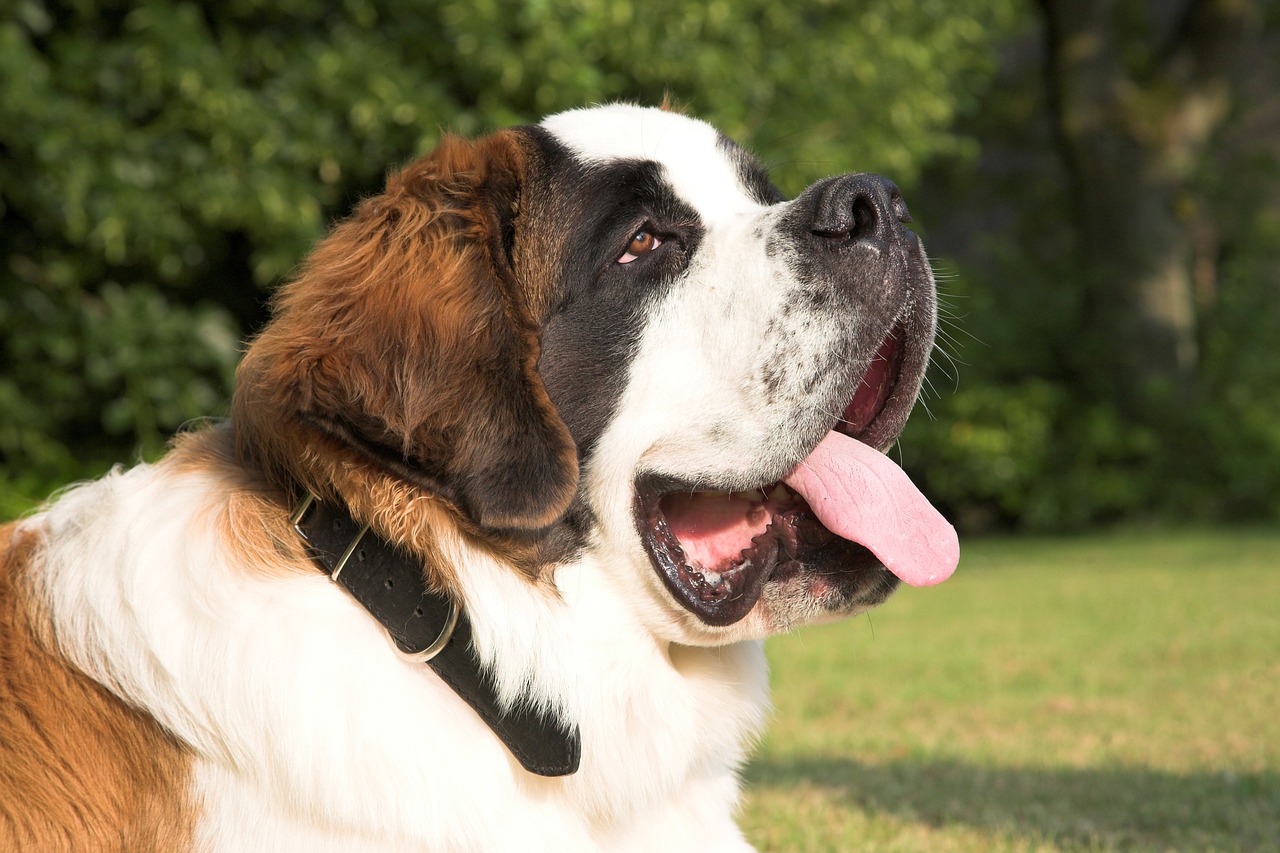 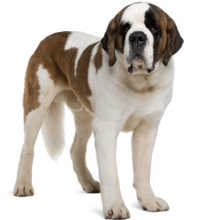 In a St. Bernard you will find a very gentle, sensitive and affectionate companion, who is also well suited as a companion for children. It is a very friendly dog ​​with a calm, sometimes lively but even mischievous temperament. He endures even exuberant games and teasing with his own peace and serenity. Although the Saint Bernard is basically a rather restrained animal, he also shows a vigilant behavior.

The St. Bernard is characterized by an extraordinary sense of smell and reliable instinct. He is able to spot people even at great distances and under meter-high snow, and finds his way reliably even in adverse weather conditions. His selfless character and his self-sacrifice, the Saint Bernard has preserved to this day, what he proves in the playful interaction with children as well as in everyday family life.

Activities with the St. Bernard

With its friendly and well-balanced nature, the Saint Bernard today is especially popular as a good-natured family dog, is also occasionally kept as a guard dog. He is not suitable as a housing or city dog, because he has a lot of space due to its size. Although St. Bernards have less of a need for exercise than other large breeds, they require consistent education and demanding care. Even as a rescue dog, the Saint Bernard is still used, although the breed has lost much of its agility through the decades of breeding, to massive and large animals, and therefore has now been displaced by breeds such as the German Shepherd.

The ancestor of the Bernhardiners are the widespread Alpine dogs. The history of this breed would be incomplete, without losing a few words about the hospice on the great St. Bernard. According to legend, this was founded by the Augustinian monk "Bernhard von Menthon" around 1050, above all to protect the numerous travelers and pilgrims of the St. Bernhard Alpine Crossing. First testimonies exist since 1125. Paintings of the hospice already show St. Bernard in 1695, 1707/08 first notes appear about these dogs. They came from the peasant dogs of the region and served to protect the hospice.

Over time, these dogs developed more and more to accompanying and rescue dogs, in particular, by their excellent sense of direction and their good nose were able to make lost travelers even in difficult weather conditions. Numerous spectacular rescue operations made the St. Bernard known throughout Europe in the 19th century. In 1887 he was officially recognized as a dog breed in Switzerland and has since been considered a Swiss national dog.

The St. Bernard is characterized by a considerable size and a sublime overall appearance. He has a harmonious and strong body, a powerful, imposing head and an attentive facial expression. The skull is wide and slightly arched in the side and front view. The ear-appendage and the top of the head form a straight line in the affect; the forehead drops steeply towards the catch. The upper eyebrows are strongly developed, the Stirnfurche clearly formed. The forehead skin forms slight wrinkles over the eyes. The Saint Bernard has a broad and angular nose sponge with well-open nostrils. The bridge of the nose is straight with a slight groove. The Saint Bernard shows medium sized, dark brown to hazel eyes and medium sized ears, which are set high and wide.

His neck is strong and with a moderately developed throat and throat. The back appears wide and firm; the back line is horizontal. The withers are well developed, the ribcage moderately deep and well arched, but not barrel-shaped. The long croup drops only slightly and merges harmoniously into the tail approach. The lower profile line is slightly raised, the tail long and heavy, with a wide and strong approach. It should reach at least up to the level of the ankle.

The St. Bernard is bred in the varieties Kurzhaar or Stockhaar and Langhaar. Both varieties are characterized by a very dense, smooth and coarse hair with plenty of undercoat. In the long-haired variety, the coat hair is medium-long and may be slightly wavy at the hips and croup. The basic color is white with plates (plate dogs) or with a torn or continuous covering (coat dogs) in red brown as well as white badges. Predefined badges depict those on the chest, paws, tail tip, noseband, blaze and crease, desirable on the collar, as well as a dark symmetrical mask.