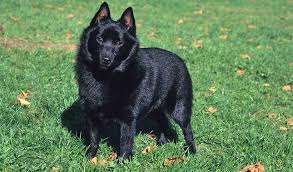 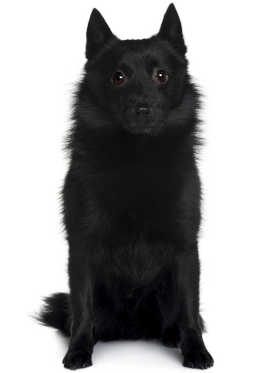 The Schipperke is a robust, agile and especially intelligent dog, who attentively and always curiously deals with his environment. As watchdog, he is tireless and boldly defends his possessions. Schipperke has also survived his hunting instinct, and today he is still enthusiastically hunting rats, mice and other small animals.

As a family dog, the Schipperke shows as a lively and attentive companion who always seeks proximity to its owner. He often reacts to strangers rather repugnant and sometimes downright unfriendly, the more exuberant, on the other hand, welcomes all persons he is familiar with. When dealing with children, he is usually considered very gentle and patient. Astonishingly, he shows a special preference for horses. Due to its properties, the Schipperke is an easy-care dog that can adapt to different living conditions without any problems. He is intelligent and eager to learn, has an excellent instinct and a strong temperament.

The lively and mobile Schipperke needs daily exercise and exercise. Thanks to his dense fur, he is weather-resistant and outdoor-resistant, and the playful Schipperke copes well with demanding dog sports such as agility.

Activities with the Schipperke

he Schipperke is primarily a family and companion dog, which is particularly suitable for active people. Despite his lively nature and his joy of movement, he can adapt to the attitude in a flat as well as life in the countryside. However, he requires daily physical and mental workload. However, it should be noted that the Schipperke occasionally tends to bark, which can be significant, especially in a housing position.

The Schipperke is generally suitable for dog sports such as agility, but also for training as a rescue or tracking dog. However, he is particularly keen to serve as a watchdog, where he tirelessly and fearlessly defends everything that was entrusted to him. In the attitude of the Schipperke is relatively straightforward, moreover, he needs due to its fur structure hardly an elaborate care.

For the first time, the Belgian Schipperke was mentioned in the 15th century in the chronicle of the monk Wencelas and was part of numerous historical Flemish paintings of peasant life. In addition to life in the country, he also enjoyed as Schiffgebegleithund particular popularity and kept there the deck free of mice and rats. He probably finds its origin, as well as the Belgian shepherd dogs, in the now extinct black shepherd dog breed Leuvenaar. In 1887 he came to England and America, the first breed standard laid the Belgian breed club "Royal Schipperkes Club" in 1888. Founded in the same year, the club is now the oldest Belgian breed club. At that time, several Schipperke varieties were known

The Schipperke belongs to the group 1 "Hütehunde and Treibhunde" and therein to the section 1 "German Shepherds". The standard includes two weight classes: 3-5 kg and 5-8 kg, respectively. A certain size is not fixed. The Schipperke is a small wolf-like German shepherd dog, well built and squat. The shoulder height corresponds to the body length, so that the Schipperke looks square. Characteristic is the dense coat that forms mane, collar, pants and apron. The hair is of a firm texture. The Schipperke is monochrome black, with age-related gray is accepted as well as a dark gray, invisible undercoat.

The Schipperke has a wolf-like, wedge-shaped head. The brow arches are moderately curved. The transition between head and face is visible, but not too emphasized. The stop is also only moderately stressed. Furthermore, the Schipperke has a broad forehead, which tapers to the eyes. The catch is slightly shorter than the top of the head and tapers to a relatively small nose in a tip. The eyes are small, almond-shaped and dark brown in color. The high set, easily movable upright ears have a triangular, pointed shape.

The Schipperke also has a muscular neck, which appears very voluminous due to the dense coat. He is medium in length and well set. The croup is short and wide with a harmoniously rounded rump. The Schipperke also has a short, strong back with a clearly accented withers. The chest is deep and wide with a pronounced fore breast. It reaches to the elbows. The tail is set high and reaches in natural form at least to the hock. Also innate stubby rods occur every now and then.