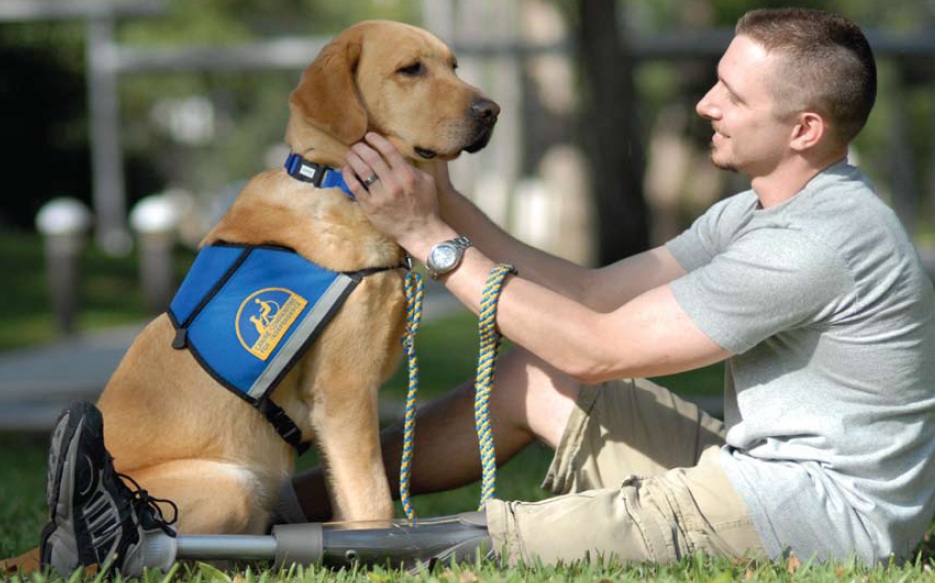 K9s for Warriors is a non-profit organisation which pairs veterans with dogs rescued from kill shelters.

Shelter dogs are gaining a new leash on life from U.S. military veterans. K9s For Warriors, an organization based in Ponte Vedra Beach, Florida, is pairing shelter dogs with veterans coping with post-traumatic stress disorder (PTSD) and traumatic injuries. The group rescues dogs, mostly from kill shelters, and trains them as service canines to live with struggling veterans, which helps them and their families’ transition back to civilian life.

The U.S. Department of Veterans Affairs estimates 11 to 20 percent of U.S. veterans who served in missions to Afghanistan and Iraq have suffered from PTSD in a given year. The mission of K9s For Warriors is “to empower our heroes to begin their recovery with their new service dog.”Other service members and their families have been able to adopt military working dogs. At the height of the Iraq and Afghanistan wars, about 2,500 military working dogs were trained to detect improvised explosive devices (IEDs). Former handlers and in rare instances, their families, have been allowed to adopt these hero dogs.

Assistance Dogs placed with PTSD sufferers can be trained to pick up on their owner’s emotions, and can detect signals of anxiety. Upon sensing their owners anxiety, the dog engages in eye contact and body contact to comfort their owner and divert their attention.

The Stephane and Veo Story

After serving in the armed forces for 18 years, both at home and abroad, Stephane was diagnosed with post-traumatic stress disorder (PTSD). 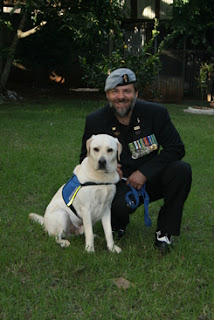 After being matched with Veo, Stephane has told us how his life has changed, and continues to change each day they are together.

“Veo’s company is an endless source of support for me.I find myself laughing at his mischief; seeing new things that I couldn’t see before; having the motivation to leave the house and also having protection at all times.””By being by my side when I withdraw and disappear, Veo has given me the mental fortitude to do the things I would normally shy from and or avoid.”

Veo has had an impact on not only Stephane, but the whole family too.

“Most of all, my little girls love him and he brings us all together.”