Warning: Use of undefined constant REQUEST_URI - assumed 'REQUEST_URI' (this will throw an Error in a future version of PHP) in /home/vyfldhsi/public_html/wp-content/themes/Divi/functions.php on line 73
 Podenco Canario: Dog Breed Information, Facts and Pictures | | Dog Lover India
dogloverind@gmail.com 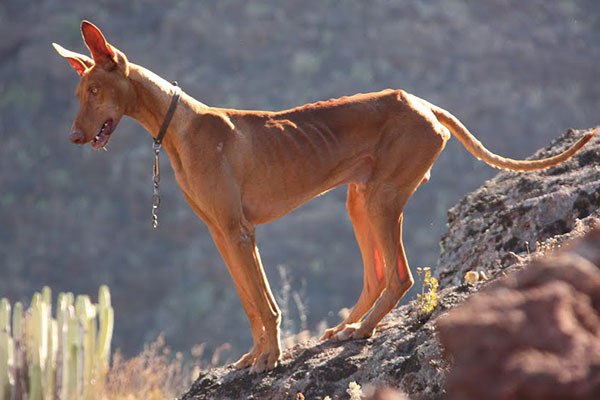 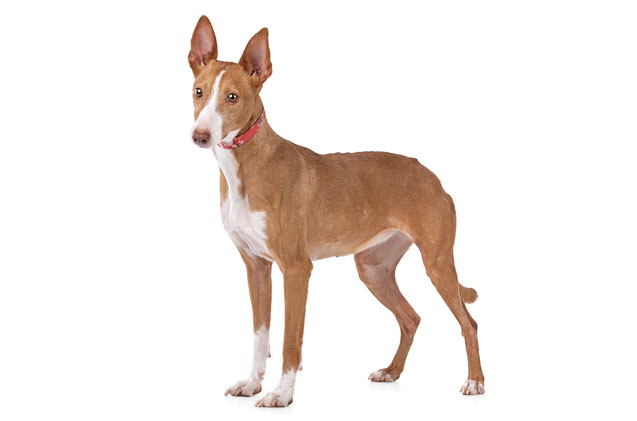 The Canarian hound is a slender and lightly built but sturdy dog, of medium size, with height at the withers approximately 55 to 64 cm (21.7 to 25.2 ins) for males, females are slightly smaller. Sizes vary with the terrain on which the dog hunts. The short, dense coat should be some shade of red, white, or a combination of red and white, depending on the island and, in some cases, the specific area on some of the islands. There should be no other colour on the coat, or indeed anywhere on the body, as even the dog's nose, nails and skin should be a shade of red, and they are even known to "blush" when excited. The neck is long, the head is longer than it is wide, and the large ears are carried fully up. The long tail is usually seen low set but can be raised. The tail is not carried too high when moving. The dog should move in an extended and agile trot. Faults, which indicate that a particular dog should not be bred, include aspects of appearance as well as structural faults that would prevent the dog's ability to move and hunt, such as cow hocks, and crossing of the fore and hind legs at a trot.[1]

It is a slightly elongated and very muscular dog with a brown color (chocolate) or also light brown or yellow, can go or not accompanied by white markings, usually have little fur. Start hunting from an early age, with cases of animals less than three months showing strong hunting instinct. When its discover and/or pursuing a prey, they emit a characteristic short and repetitive barking, local hunters known as "sing a rabbit".

The Podenco Canario is found on all of the Canary Islands and has long been thought to descend from a very ancient type brought to the islands in antiquity, and isolated there, presumed to be an example of the very oldest breeds. It was thought to have originated in Egypt and North Africa, and brought to the Canaries by the very earliest human settlers on the islands. Linguistic and genetic analyses of the descendants of the earliest known human inhabitants of the Canary Islands seem to indicate a common origin with the Berbers of northern Africa, who may have brought the dogs there as a food source. However, recent genetics studies have concluded that the Podenco is a type of dog more closely related to, and no more primitive than, the rest of the European hunting breeds.