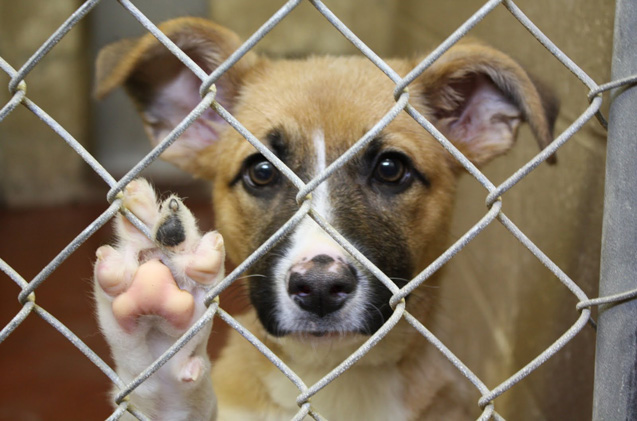 Here Some Guide line for people and Indian Law

• Give an animal any injurious substance. It is illegal to put out poisoned food. (PCA,Section 11)

• Transport any animal in any manner: that will cause him or her unnecessary suffering. This includes loading cows into trucks without ramps and overcrowding the vehicle as well as tying up pigs and carrying them on cycles (PCA, Section 11). All violations of Section 11 are punishable with a fine of Rs 100 and/or up to three months in jail.

•Illegal to kill homeless animals. Citizens may only report what they perceive as a nuisance to the municipal authorities. The municipality is required to maintain an animal pound for animals. Previously, municipalities would kill these animals (mainly dogs) cruelly by electrocution, starvation and burying alive. After 1992, it became illegal for municipalities to kill stray dogs. The High Courts of Delhi, Rajasthan, Gujarat, Mumbai and several other states have specifically forbidden the killing of stray dogs and have directed the municipality to introduce a sensible sterilisation programme instead. The Animal Welfare Board of India has established a code of conduct for municipalities. Failure to follow the code can invite contempt of court proceedings.

• Road Accident: Sections 428 and 429 of the Indian Penal Code make it illegal to maim or cause injury to any animal with a monetary value greater than Rs 10. It is illegal to throw acid on cows (something that vegetable sellers do as a matter of routine). The Code also makes it illegal for cars to purposefully injure or kill dogs, cats and cows on the street. Offenders can be reported to the local animal protection group and police station and a case filed under the above-referenced sections. Punishment is a fine of Rs 2000 and/or a jail term of up to five years.

• Stray animals may not be used for research: The Rules for Experimental Animals, as formulated by the Committee for the Control and Supervision of Experimental Animals, state that only animals bred for the purpose of research by institutes registered by the Committee may be used for experimentation (although, of course, such animals suffer and feel pain just as much as strays or any other animal). It is illegal for any medical, educational or commercial research institute to pick up stray animals from the street or from the municipal pound for this purpose.

What You Can Do to Help Stray Animals ?

• When you see a dog or cow being hit or stoned, be sure to inform the offender of the law and get him or her to stop. Should the abuse persist, register an FIR at the closest police station. Do not become discouraged if the police do not, at first, take you seriously. In many cases, they may not know the laws pertaining to animals. Be polite but firm.

• If the municipality in your area is still cruelly killing homeless dogs, make an appointment with the municipal commissioner. Inform the commissioner that it has been proven that cruelly killing dogs reduces neither their number nor the incidence of bites and rabies and that the courts have ruled that it is illegal to cruelly kill stray animals. The Animal Welfare Board of India has developed a set of guidelines for all municipalities directing the implementation of the Animal Birth Control (ABC) programme. If there is an animal welfare organization in the area, urge it to take up the ABC programme.

• It is illegal for a municipality to round up stray dogs and abandon them outside city limits, as it places them in circumstances likely to cause their death from starvation and thirst. Therefore, you should challenge this cruelty in court.

• When you find cows or buffaloes on the street or tethered on public pavements, ask those nearby if anyone knows their owner or the dairy to which they belong. Inform the owner that it is illegal to allow cows to wander. If the owner does not have enough space to keep the cows comfortable or the means to feed them, file a complaint with the municipality asking that the cows be sent to a suitable shelter. Cows and buffaloes left on the street are often hit by cars and die from eating plastic bags, broken glass and other trash.

• If you notice cows or other animals with burn marks, usually on their rumps, near particular fruit and vegetable markets, it is probable that the vegetable sellers throw acid on the animals to drive them away from their stalls. If there is a market association, approach the head and inform her or him of the law (IPC, Sections 428 and 429). Request that all vegetable vendors be warned against this practice. Inform the police station in the area to keep an eye out for such violations.

• When you see an animal knocked over by a vehicle, get the number of the vehicle. Check the animal for signs of life. If possible, move him or her to safety and administer life-saving first aid. If you can take the animal to a veterinarian yourself, do so. If not, call an animal welfare organization that has an ambulance. Once the animal is taken care of, file a complaint against the offender with the closest police station (IPC, Sections 428 and 429).

• If you know of any research institute that is using animals, ask for the source of the animals. If you suspect the animals have been taken from the street or a pound or that the animals are being abused, contact the Committee for the Purpose of Control and Supsion of Experiments on Animals (CPCSEA).

In the meantime, file a case with the police.